At Gyoda city in Saitama prefecture, there are many ancient burial mounds. Scholars said they were built in about 6 century, ant it represented there were powerful family who could construct huge ancient tombs here. In 1968, an iron sword was found at Inariyama burial-mound here. It has gold inlaid 115 Chinese charactres inscriptions on the surface. It wrote the name of the Emperor Yuryaku (419-479), and it became a national treasure in 1983. 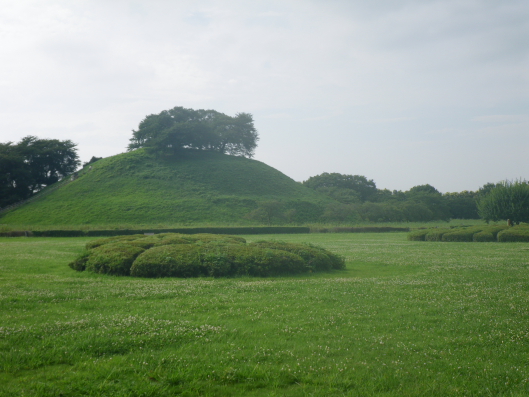 an ancient burial mound, square at the front and rounded in the rear (Zenpou Houenfun)

an ancient burial mound, square at the front and rounded in the rear = a ‘keyhole‐shaped’ tumulus. 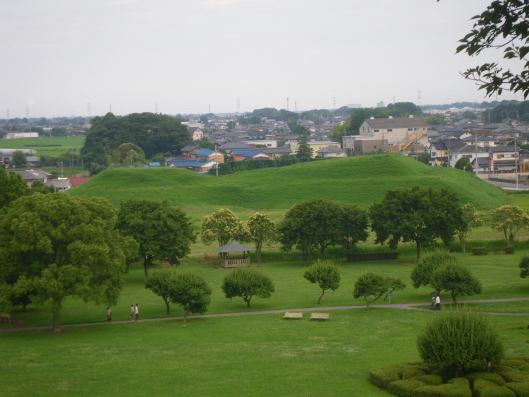 Can you watch a ‘keyhole‐shape’ ? 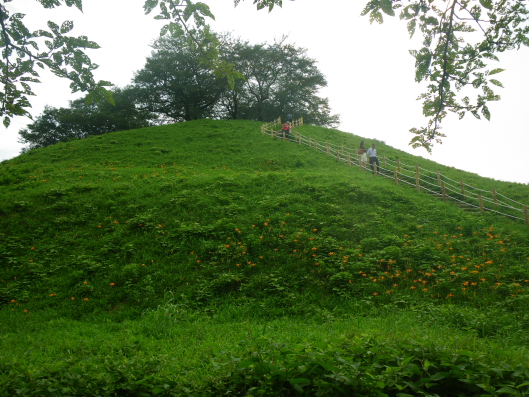 Maruhakayama circle ancient tomb in Sakitama. In 1590, Mitsunari Ishida who was a samurai master of Toyotomi pitched a camp on this ancient tomb at the battle of 1950. 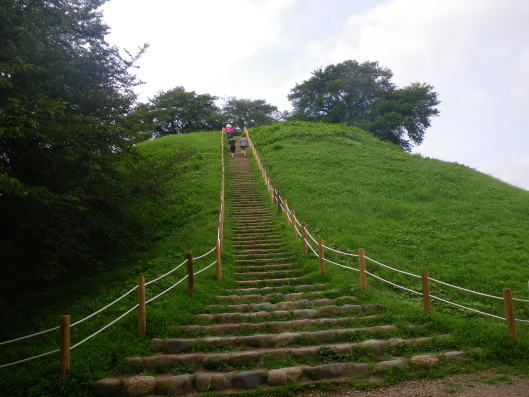 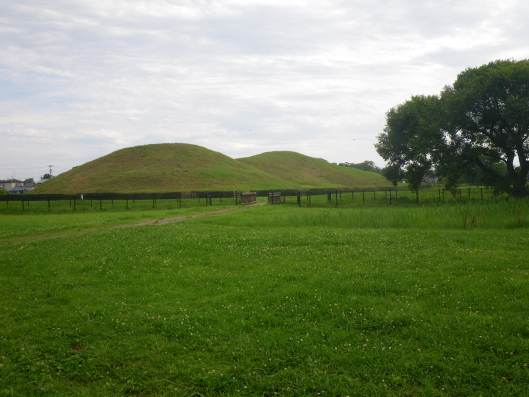 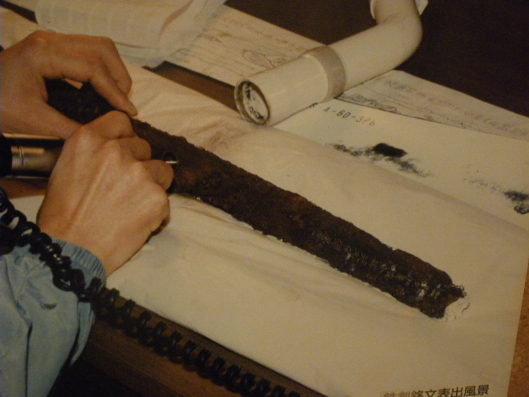 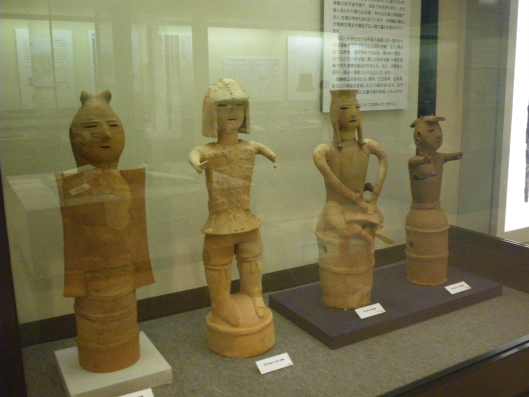 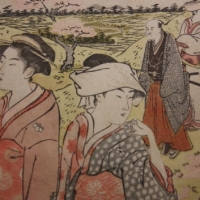 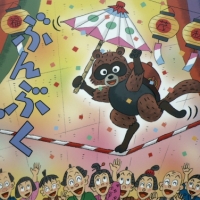 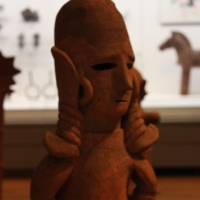