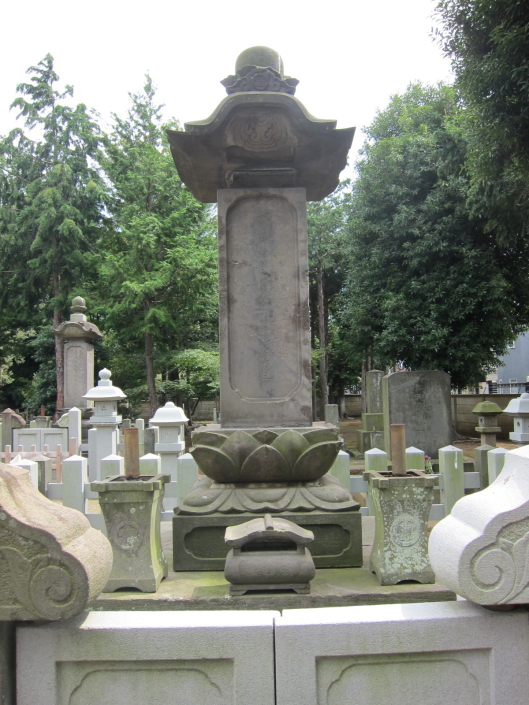 Naosuke Ii’s grave at Gotokuji temple. Naosuke was the feudal lord of Hikone and became Tairou , the prime minister of the Tokugawa regime in 1850. He signed the Conclusion of the Treaty of Amity and Commerce between Japan and the United States in 1858. He forced Ansei Purge against opponents, and he was killed at the gate of Sakurada-mon of Edo castle in 1860. It was called Sakuradamon Incident. Now there is a the Metropolitan Police Department at Sakurada-mon.