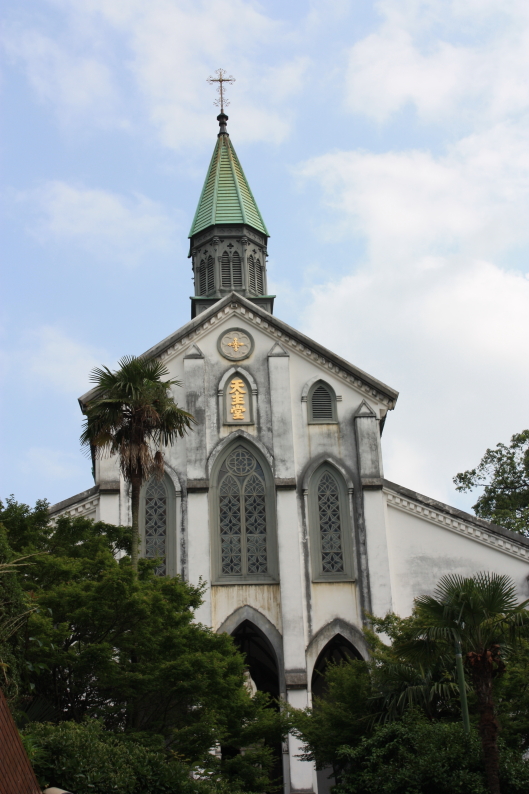 Today I want to talk about the Japan and Christianity. In 1549, a Jesuit, Francisco Xavier visited to Japan in order to engage in mission work at the far East country (1). After him, many priest came to Japan and preached, soon a lot of Japanese became Christian. But Hideyoshi Toyotomi formally expelled the missionaries in 1587. There are various theories about the issuing of this Expelling edict and the cause could be that Coelho, Vice-Provincial of the Society of Jesus in Japan at that time boasted as if the Spanish Armada was under his command in front of Hideyoshi during the expedition to Kyusyu, that the Christian feudal lords such as ARIMA and OMURA in Kyushu destroyed shrines and temples as well as persecuted monks and made huge donations to the churches, and that the Society of Jesus did not obey when he tried to apply the policy to Nagasaki, the domain of the Society, they dissolved the old domains of temples and shrines inherited from Nobunaga ODA and place them under a unified regime, and that some of the missionaries conducted human trafficking (selling the Japanese to outside Japan as slaves). After Hideyoshi, Tokugawa shogunate prohibited Christianity in 1612. After Shimabara Rebellion against the Shogunate in Nagasaki 1637, 40,000 Christian were killed (most of rebel were Christian), moreover they were suffered nationwide persecution and extermination. People who refused to abandon their faith were executed (3). Some missionary committed apostasy after torture. If you are interested about it, please read Shusaku Endo’s novel “The Silence”. I believe that is one of the best masterpiece in modern Japanese literature.

At the end of Edo Tokugawa shogunate, French missionary Bernard-Thadée Petitjean was forgiven to come to Japan in 1862, and constructed the church for French residence at Nagasaki in 1864, this was Oura Catholic church (Oura Tenshu Do). March 7th 1865, Yuri Sugimoto and some Hidden Christian (Kakure Kirishitan) visited this church, and whispered to him “Our hearts are as same as yours.” It was the moment that Hidden Christian was discovered after 300 years tolerate and hide their believes (2). This news was astonished and moved in Europe, and after Meiji Restoration 1867-, European countries applied pressure against Japanese Meiji government to forgive the belief of Christianity, finally in 1873 Meiji government forgave the Christianity in Japan.

from “Seibo no kishi” magazine 2012 Spring/Summer

From 1930 to 1936, Maksymilian Maria KolbeBetween took a series of missions to Japan, published “Seibo no Kishi” magazine and founded a monastery at Nagasaki (4). During the World War II, he volunteered to die in place of a stranger in the Nazi German concentration camp of Auschwitz (5). Oura Catholic church still now publishes and distributes “Seibo no kishi” magazine. 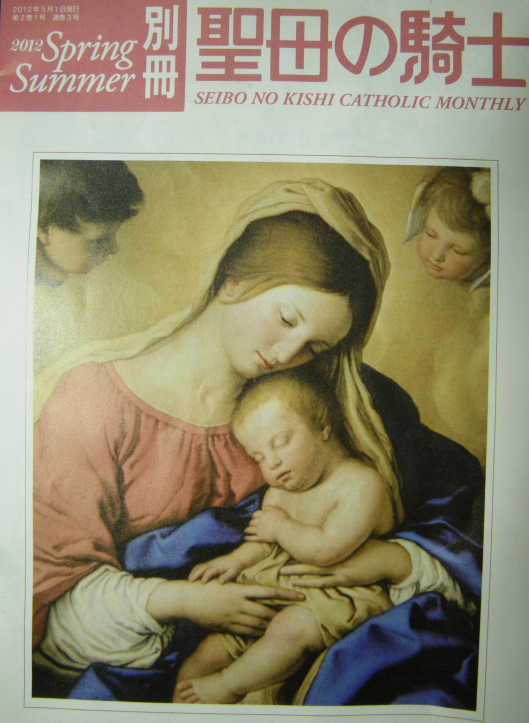 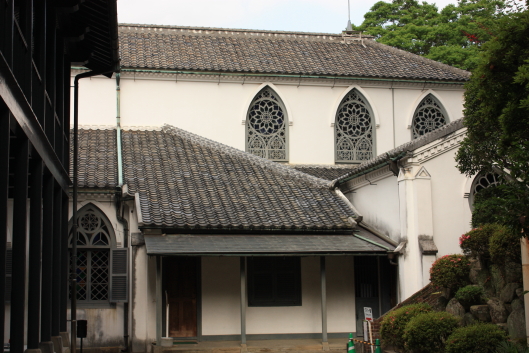 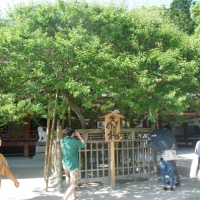