Today the typhoon hits Japan, now it is passing through Nagoya to Kanto (Tokyo area). It usually comes in August to September in Tokyo area, that it is rare to come in June. I hope the power supply won’t cut off tonight by the heavy wind and rain.

Last Saturday, I took many photo at Meiji jingu shrine. I watched iris garden and Bonsai exhibition. Bonsai is the art of the world and cosmos in the small plant pod. They rear wood for a long time (I watched some trees that is from 400-year-old to 800-year-old) , and make a shape for their imagine, but sometimes plant grows the different figure they picture, therefore it is fun. 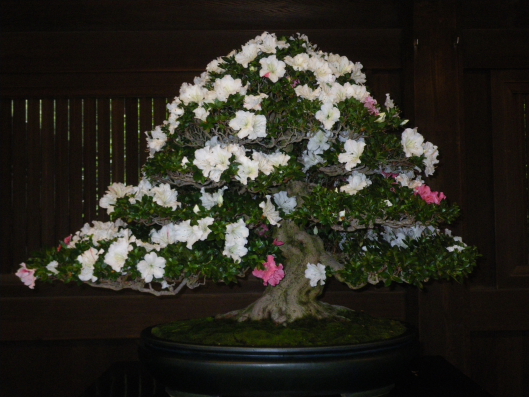 They are sake. Many sake brewing donated their sake for the shrine. 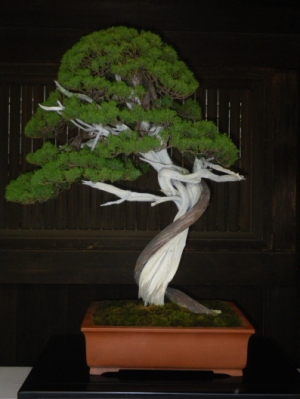 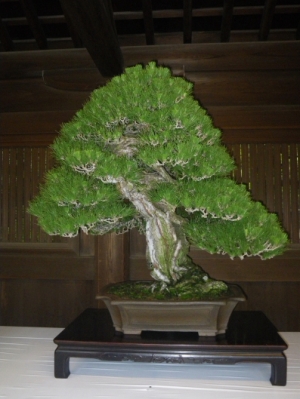 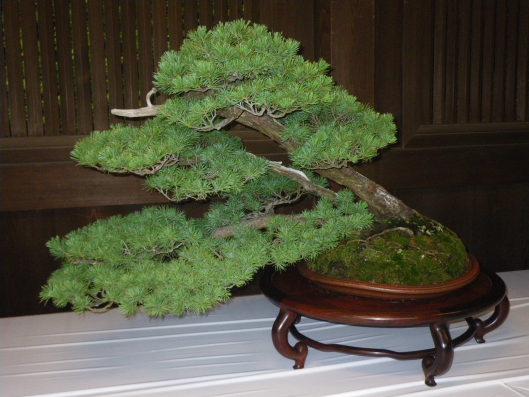 They held the stone exhibition, too. 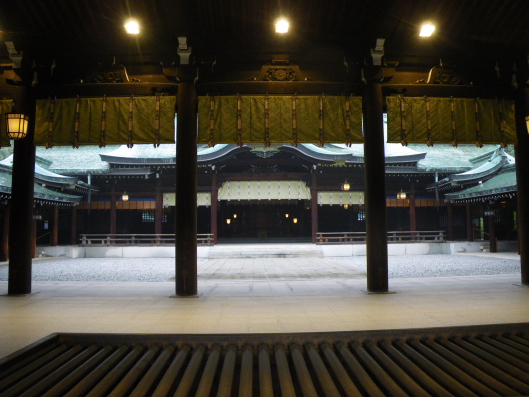 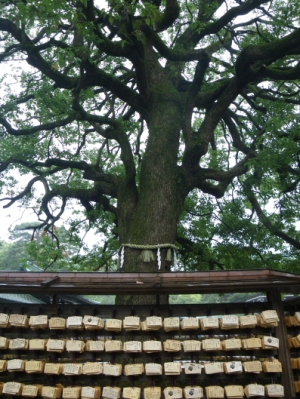 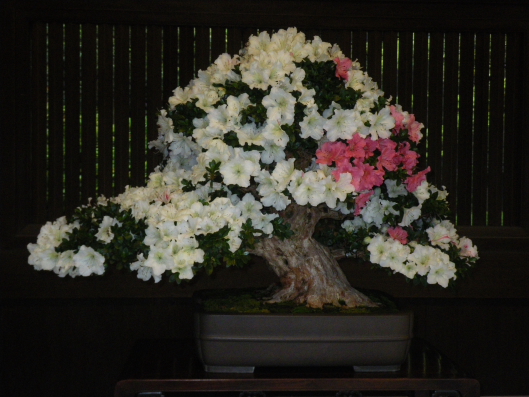 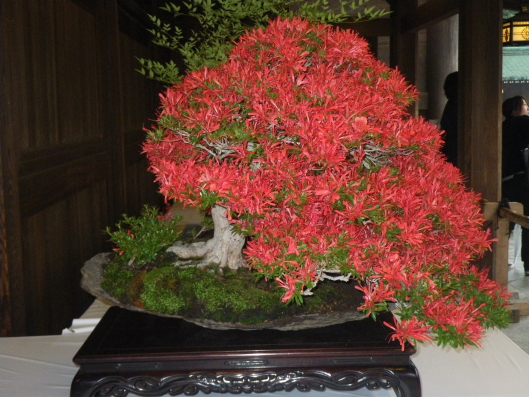 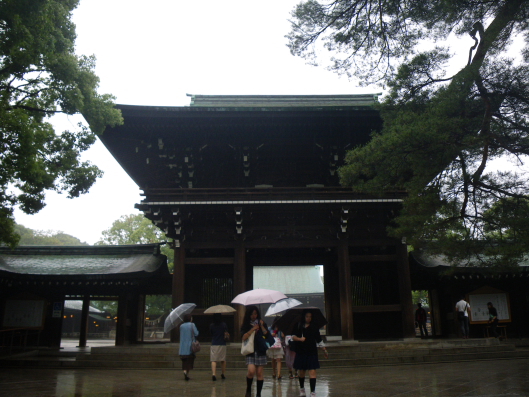 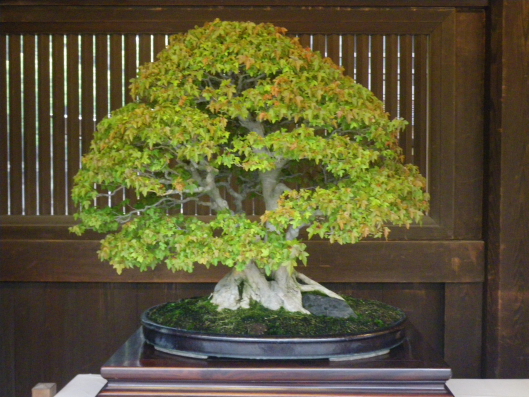 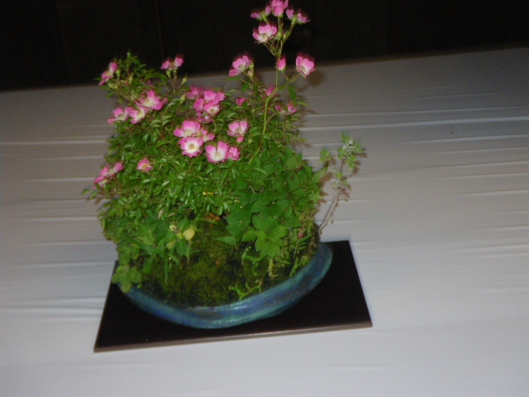 At the Meiji jingu shrine, they held the Bonsai exhibition.