At Nagasaki’s Nakashima river, they have an oldest stone arch bridge, “Meganebashi” in Japan. Megane means eye glasses, it is called because of the figure that reflected on the surface of the river as spectacles, and was constructed by the Chinese monk Mokusu-Nyojyo in 1634. This bridge served as a model of the imperial house’s famous “Nijyubashi stone bridge (April’s post “Residence and Halidom, The Imperial Palace”)” in Tokyo. The length is 22m, width 3.65m, height from the river 5.46m. Though it is not big now, it is an important property for the history of bridge in Japan, and one of the three famous bridge (Nihonbashi:Tokyo, Kintaikyo:Yamagushi, someone says Nijyubashi:Tokyo is selected instead of Nihonbashi, I will post them). When I went to Meganebashi, there were beautiful hydrangea’s pots along the riverside by luck. 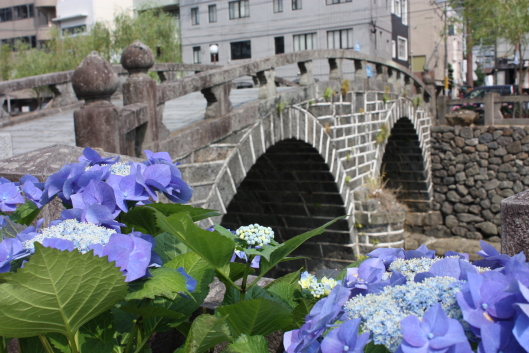 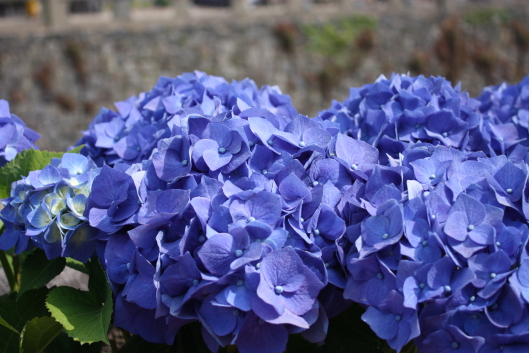 Monument of Japan-China friendship and recovery from flood damage in 1982 when 262 victims and 9 bridges broken in this river. 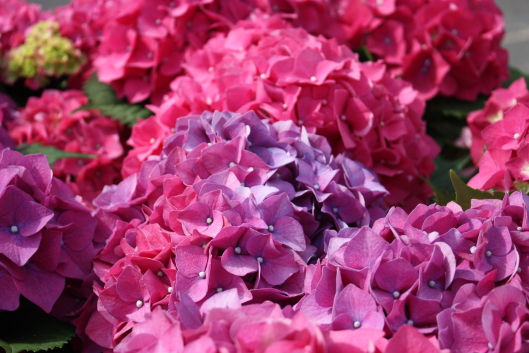 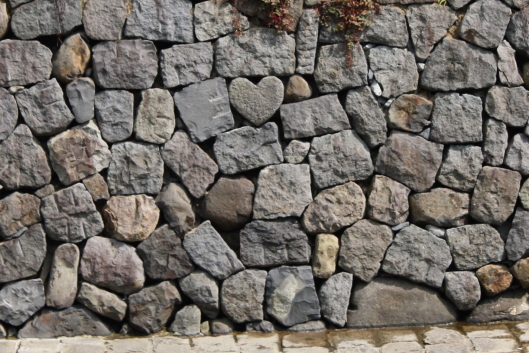 Can you find the heart stone at the river bank? 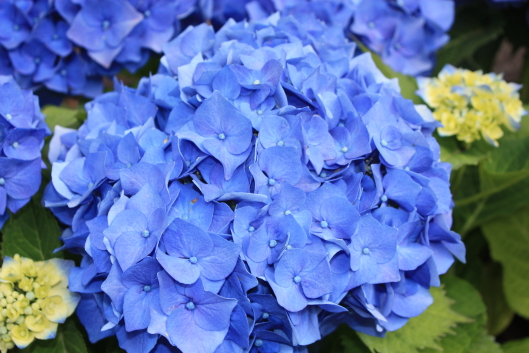 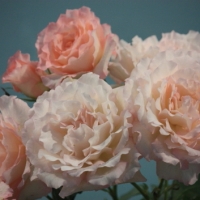