Takiguchidera temple is located at Mt. Ogura, Sagano area in Kyoto. This temple is small but well known about the painful love of Yokobue and priest Takiguchi (Tokiyori). At “The tale of Heike”(1219-1243?), an Imperial court guard Tokiyori Saitoh fell into love with Yokobue who was a lady-in-waiting of Empress Kenreimonin. Tokiyori retired this temple because Tokiyori’s father raised the roof for their love. When Yokobue knew about Tokiyori’s entering the priesthood, she visited him at one night, but Tokiyori decided to dedicate himself to Buddhism, so he didn’t meet her. In 1894, Cyogyu Takayama wrote this story in the novel “Takiguchi Nyudo”. At the end, Yokobue was dead for the grief. Inside the main hall of the temple, you can see two wooden little black statues, Yokobue and Takiguchi.

Addition this tragic love story, there is a tribute to the tragicr love; a tomb of head, Yoshisada Nitta, who was a samurai warrior of late of Kamakura period (14C), was killed between the battle against Takauji Ashikaga in Fukui (1338). His head was sent to Kyoto. The legend says that his wife Koto-no-naishi Ko-no-naishi) stole his head, and built a tomb here, and became a nun to hold a Mass.

Next I visited to Adahino Nenbutsuji temple. This area was the special place because Heian period people have abandoned the bodies of the dead here. They weren’t built tombs. In 1903, 8000 stone Buddhist statuettes were made for memorializing and comforting the souls of the dead.

Stone statues of Buddha at Nenbutsuji 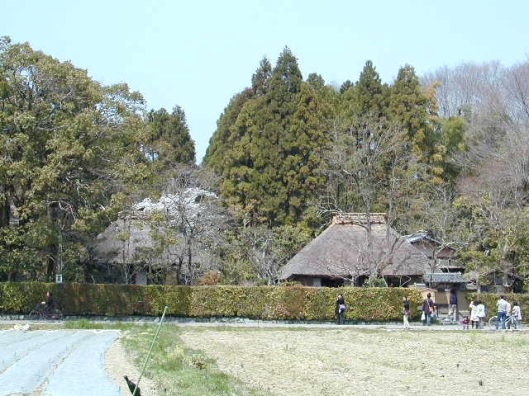 2 thoughts on “Tragic love of Takiguchidera temple, and repose of souls at Adashino Nenbutsuji, Sagano”