Myoshinji is the biggest Zen temple in Japan. It is located at Hanazono in Kyoto. In 1337, the priest emperor Hanazono ordered to build the temple. There are 46 small temples in the precinct. Hatto is a large auditorium. The woods for pillars (8 meters high) was carried from Mt. Fuji. The famous ceiling painting dragon was drawn by Edo period painter Tanyu Kano (1602-1674). It is unique that they had made the bath which named “Akechi buro” for monks for Mitsuhide Akechi’s estate. Mitsuhide (1528-1582) was a samurai who had betrayed and killed his master Nobunaga Oda, and had escaped this temple for refusing from revenge, finally he had lost the field at the Yamazaki battle by Hideyoshi Toyotomi and was killed in the mountain by farmers. 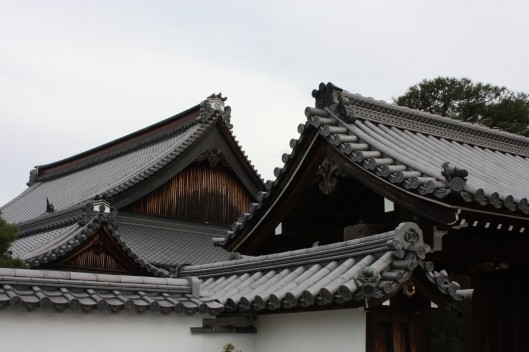 Dragon by Tanyu Kano. This picture seems descending or ascending in the air at the place you watch. 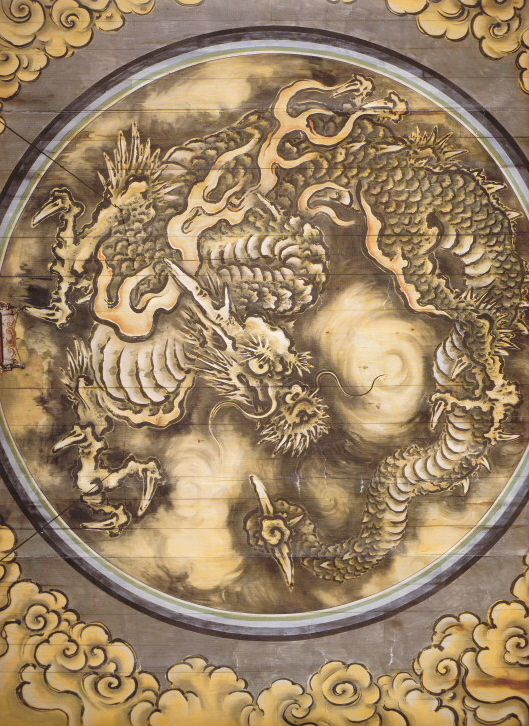 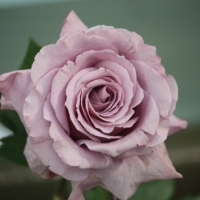 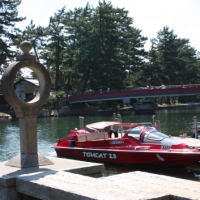